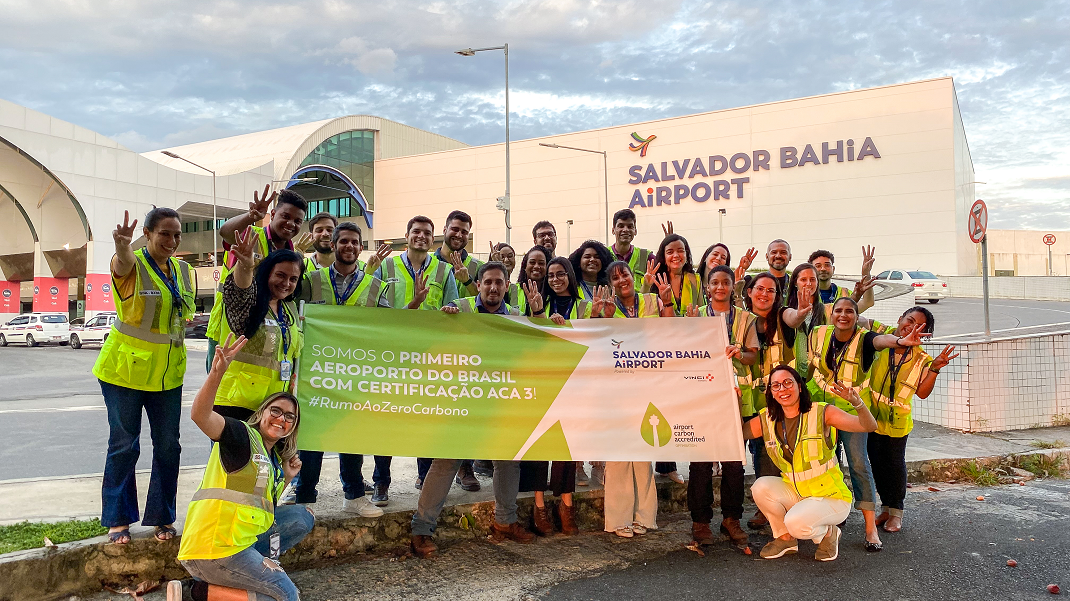 Salvador Bahia Airport, a member of the VINCI Airports network, is the first one in Brazil to achieve third-level Airport Carbon Accreditation, granted by the Airports Council International (ACI). This recognition goes beyond the airport’s efforts to reduce its own carbon emissions, as ACI takes into account the engagement plan with business partners, communities and third parties. This achievement is a result of the strategy implemented by VINCI Airports globally toward aviation decarbonization.

Through the Airport Carbon Accreditation, ACI independently assesses and recognizes airports' efforts to manage and reduce their carbon emissions through six levels of certification: 'Mapping', 'Reduction', 'Optimization', 'Neutrality', 'Transformation' and 'Transition'. VINCI Airports encourages and guides its airports to achieve higher levels in their certification, in addition to challenging them to halve their carbon emissions by 2030.

To achieve this level of certification, a first for the Brazil, an engagement program was developed along sub-concessionaires and partners - including tenants, airlines and auxiliary service teams - that operate at the airport. Meetings and workshops were held to raise environmental awareness and encourage third parties to map their carbon emissions and adopt measures to reduce them.

The world's leading private airport operator, VINCI Airports operates more than 50 airports in 11 countries in Europe, Asia and the Americas. Thanks to its expertise as a global integrator, VINCI Airports develops, finances, builds and manages airports by providing its investment capacity and its know-how in optimizing operational performance, modernizing infrastructures and managing their operations and environmental transition. VINCI Airports is the first airport operator to have committed to a global international environmental strategy in 2016, to achieve the goal of net zero emission across its entire network by 2050.